During the Pandemic, the sports clubs have had to to play for empty stands. It may seem heavy, but not for AIK Hockey who together with their supporters are already chasing the next record instead.

Empty seats is not a problem here

During the spring, AIK broke its old club record from the past, which was 17,098 tickets sold. With a website made with Snowfire and with the Donation platform Octany, all fans got an easy and fast opportunity to contribute directly with money in the ways (Swish, card, Direct debit) that they themselves chose to buy digital seats that cost everything from a ticket for SEK 50 up to SEK 400 for a group ticket.

The audience record in Swedish ice hockey is 31,144 spectators and was set in the 2009/10 season when Frölunda played at Nya Ullevi against Färjestad. Now the club aims to beat it and thus take over first place!

Octany – The donation platform that works on all websites

No coding is required to get started receiving money through your website. Simply add an Octany button to any web page (WordPress, Squarespace, Snowfire, Wix, etc.) and your customer can then pay directly for your service via mobile, computer or tablet Read more here 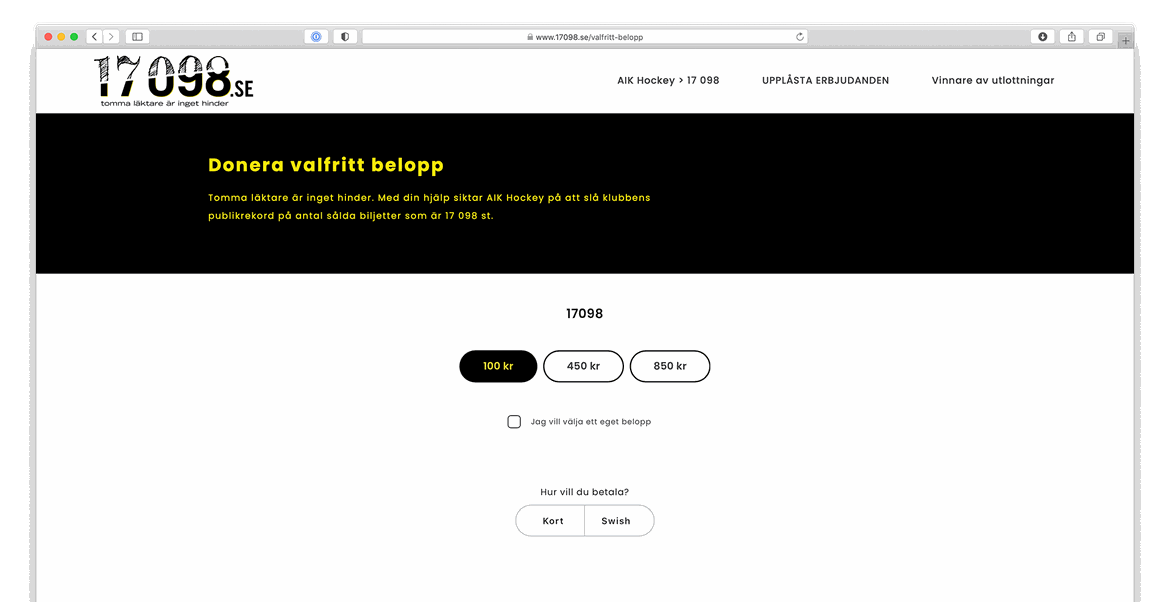 30 April, 2020
Aktuellt
Get out of your hamster gear suit

Growth
The digital graveyard of apps

If you are about to invest in a digital platform, hire developers, or be part of a startup where your digital idea will be converted into a revenue-generating SaaS, here are some things you need to be aware of to be successful with your venture.